Get Your Free Consultation 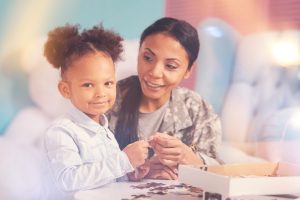 Divorces involving current and retired members of the Army, Navy, Air Force, Marine Corps and Coast Guard often involve issues not found in non-military divorces. For example, in a military divorce, the most valuable marital asset is typically the military pension of one spouse.

There are two federal laws which principally govern the division of a military pension. These two laws are Section 1408 of Title 10 of the United States Code, known as the Uniformed Services Former Spouse Protection Act (“USFSPA”) and Part 63 of Title 32 of the Code of Federal Regulations.

Federal law authorizes each individual state to treat military pensions as marital assets and it further authorizes each state to divide military pensions in accordance with each state’s laws regarding the division of marital assets, so long as the rules and limitations imposed by federal law are complied with. The rules and limitations are numerous and complex and in order to properly understand and comply with those rules, a divorce attorney handling a military divorce should be familiar with the applicable federal laws and experienced in handling military divorces.

Another important aspect unique to military divorces is the Survivor Benefits Plan (“SBP”), which is an annuity that protects former spouses awarded a portion of the military pension in a divorce.

Without SBP coverage, when the service member dies, the military pension benefits end for the former spouse, unless SBP coverage is in effect. The right to SBP coverage is not automatic and it must be agreed to in writing or ordered by the court in writing. In addition, the former spouse that receives SBP entitlement in a divorce must submit a “deemed-election letter” within one-year of the final judgment in order to preserve their SBP rights.

The Servicemembers Civil Relief Act (“SCRA”) is yet another federal law which may impact a military divorce. The SCRA provides protections for active duty service members by allowing them, under certain very specific circumstances, to put a hold on court proceedings (as well as other obligations) so that they can focus their full attention on their duties.

Other Areas of Concern

Other areas of concern in a military divorce include the former spouse’s post-divorce health care insurance, which, depending on the length of marriage and military service, can be addressed through Tricare coverage, the Continued Health Care Benefit Program, group coverage through an employer or private coverage.

Although no federal laws specifically address custody, parental responsibility, visitation or time-sharing issues in military divorces, these issues are often made more challenging because service members’ obligations to their jobs require extra flexibility and creativity in creating parenting plans and time-sharing arrangements that will work for both parents as well as serve the best interests of the children.

If you are a service member or the spouse of a service member and you have been served with divorce papers it is very important that you consult with an attorney who is experienced in dealing with the various aspects unique to military divorces.

Attorney David Caveda is familiar with the military due to his service for eight years as a Field Artillery officer in the U.S. Army Reserve. He attended regular army basic training at Fort Leonard Wood, Missouri in 1986, ROTC Advanced Camp at Fort Bragg, North Carolina in 1987 and Field Artillery Officer Basic Course at Fort Sill, Oklahoma in 1993-1994. He received his ROTC commission after completing his final ROTC semester while attending law school at the University of Florida in 1991 after completing previous ROTC requirements at the University of South Florida. He was honorably discharged from the reserves in 1999 and is a member of the Military Officers Association of America (“MOAA”)

As an attorney, Mr. Caveda has over ten years of experience in representing service members and spouses in divorce and post-judgment enforcement and modification actions. As a member of the Military Committee of the Family Law Section of the American Bar Association, Mr. Caveda stays informed on the latest developments in this practice area.

If you or someone you know needs legal assistance concerning a military divorce in Tampa, Tampa Bay, or Hillsborough County, Florida, contact us today by phone at (813) 463-0800 or by filling out our online form.

Get Your Free Consultation

If you have any questions or comments please fill out the following form and one of our representatives will contact you as soon as possible.