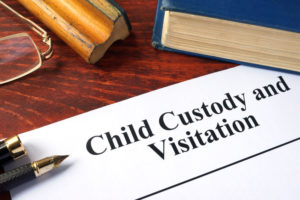 If your marriage is about to end, it’s important to understand what will happen next. Life during and after divorce is often easier to manage when you have all of the facts at your fingertips. Here’s what you should know about divorce and child custody in Florida.

Depending on the level of animosity between you and your soon-to-be ex-spouse, you may qualify for an uncontested or contested divorce.

An uncontested or “simple” divorce moves along at a faster pace and wraps up relatively quickly. However, this type of divorce can only occur under very specific circumstances:

In a contested divorce, a judge is responsible for addressing the questions raised by divorce, including parenting, distribution of assets and debt, alimony, child support, and anything else. Fully contested divorces often take more than a year to settle because a judge and the courts must get involved. This is the estimated timeline of a contested divorce:

How Is Child Support Arranged?

Child custody can be awarded in a few ways. If it is clear that one parent is a danger to the child or is absent from the child’s life, sole custody can be given to the other parent. Sole custody provides that parent with 100 percent legal and physical custody, with no obligation to include the other parent in any decisions. It’s possible in instances of sole custody for the non-custodial parent to have visitation rights, supervised or unsupervised, to still see the child.

In other cases, joint custody is awarded so that both parents can participate in raising the child. Most joint custody situations have one parent with “primary” custody, and that parent is the one who will choose the child’s school district and usually spend more time with the child overall. The other parent is involved but does not have much decision-making power. Joint custody is done to help the child grow up in a stable environment and maintain as much consistency as possible.

There are many factors that a Florida court must take into consideration when making the monumental decision of assigning a child to specific living arrangements with their parents. Each parent’s wish and capacity to care for the child and work toward the child’s welfare is of critical importance, as is the physical, emotional, mental, and financial health of each parent. A court will also look at the level of involvement each parent has with the child’s welfare, education, and activities. If a child is old enough, they can speak for themselves to indicate which living arrangement they would prefer.

Divorce and child custody are emotional and extremely complicated, which is exactly why using an experienced and trusted family and divorce attorney is crucial. The lawyers at Caveda Law Firm have been helping Florida families through their most difficult times for nearly 30 years, and they are here to help you, too. Call (813) 463-0800 to schedule your free consultation.