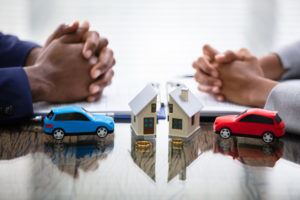 Divorces are never easy, but when property and assets are involved, things can get very confusing. One of the most common questions we get asked by our divorce clients is about how their assets will be divided.

The idea that all money, accounts, property, and other assets acquired during the marriage will be split 50/50 is outdated. While the 50/50 split may be where judges begin when deciding how to divide assets, splitting right down the middle isn’t always the most equitable distribution plan.

Only assets that are deemed marital may be divided in a divorce here in Florida. The first thing that must be decided is which properties and assets are considered marital, and which are not. Any property or assets gained before the marriage are usually considered nonmarital unless both spouses contributed to an increase in value of the asset during the marriage. For example, if a man owned a bank account from before he was married and throughout the entire marriage, he was the only one who made deposits to the account, then that asset is considered nonmarital. However, if his new wife makes deposits to the account during the marriage, the account then becomes a marital asset.

However, some assets aren’t so cut and dry. For example, if a woman owned her own business valued at $50,000 before getting married, and that same business is valued at $90,000 during the divorce, then the husband may be entitled to part of the $40,000 increase in the business’ valuation. END_OF_DOCUMENT_TOKEN_TO_BE_REPLACED

Continue Reading How Are Assets Divided in a Divorce in Florida? 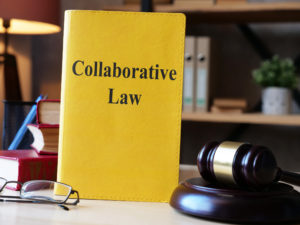 If you are considering a divorce in Florida but don’t want to deal with the time, effort, and cost of a trial, a collaborative divorce may be the best option for you. Collaborative divorces allow spouses to come to a mutually beneficial divorce agreement for both parties, and any involved children, without the emotions and expense of court.

A cornerstone of the collaborative divorce process is transparency. Both spouses must disclose absolutely everything about their current social and economic situations in order to come to a divorce agreement that is equitable for all. This includes complete disclosure of all finances, accounts, investments, properties, and more. END_OF_DOCUMENT_TOKEN_TO_BE_REPLACED 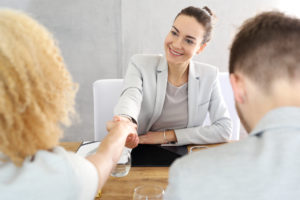 Divorce is never an easy ordeal, but it is especially hard when there are disagreements.

Contested divorces can drag out for years, keeping assets tied up and relationships on edge. Uncontested divorces are handled quickly, with the attorney for the spouse who initially requested the divorce drafting up the final judgment paperwork. This frees the spouses to move on with their lives and begin to heal after the emotional stress of the divorce.

A faster process means less time is taken up in the court and with attorneys. This means reduced expenses and court costs, which can save the spouses tens of thousands of dollars.

A divorce that keeps looming over your head brings on a lot of stress. Stress is a silent killer, causing various health issues for people all over the world. An uncontested divorce allows you to lift the stress of the divorce process off your shoulders much quicker, saving your physical and mental health. END_OF_DOCUMENT_TOKEN_TO_BE_REPLACED

Continue Reading The Benefits of an Uncontested Divorce 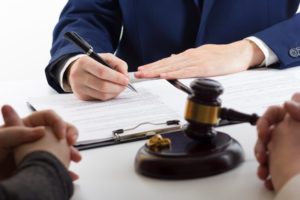 The State of Florida has very specific laws and rules that govern divorces here, especially if children are involved. If you are considering a divorce in Florida, use this guide to answer some of your questions and learn the steps of the process:

For the state of Florida to have jurisdiction over the marriage and dissolution, at least one of the spouses must establish residence in the state. To do so, they must prove that they have resided in the state for at least the last six months prior to filing for the divorce.

Even if the spouse that wants the divorce has established residency in Florida, that doesn’t mean that the state of Florida has jurisdiction over anyone that does not live here. So, while a Florida judge may order alimony or child support during the divorce, the state would have no way of enforcing those orders if jurisdiction issues exist.

If you think jurisdiction issues may come up in your divorce case, we highly recommend speaking with an attorney who is well-versed in these issues before you proceed. END_OF_DOCUMENT_TOKEN_TO_BE_REPLACED

Continue Reading A Guide to the Divorce Process in Florida 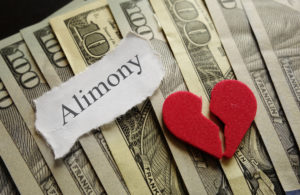 In Florida, several different types of alimony are available to divorcing spouses if certain conditions are met. A judge can decide which type of alimony is best suited for the divorce case. When making this decision, the judge will look at the education and earning power of each spouse, their contributions to the marriage (financial and otherwise), the reason for the divorce, and what each spouse intends to do once the divorce is finalized.

If a spouse gave up a career or earning power to provide care for others during a marriage, they may be entitled to rehabilitative alimony in the event of divorce.

What is Rehabilitative Alimony?

Rehabilitative alimony is a type of short-term alimony that is awarded to assist a divorcing spouse to build the capacity for self-support. Rehabilitative alimony is typically awarded to spouses who gave up their career or diminished their earning power in some other way during a marriage. Staying home to keep house and raise children is a common example. The amount of rehabilitative alimony awarded depends on many factors, including the incomes of both spouses and the specifics of the receiving spouse’s plan to become financially independent. As with all types of alimony, the amount awarded is not to just cover the bare minimum required for the receiving spouse to live. The amount must allow the receiving spouse to live in the same manner they were accustomed to during the marriage. END_OF_DOCUMENT_TOKEN_TO_BE_REPLACED